On Remembrance Day we think about the sacrifices made by those who fought and died, and consider the immense changes that the First World War brought to the farming industry. In this article, we examine the situation on the Home Front and the technology that drove a farming revolution over a hundred years ago.

Before War broke out in 1914, British farming was extremely labour intensive, with the majority of equipment hand-held or horse-drawn. Several skilled labourers were required to do the jobs that one person can do now. In early 1914 it is estimated that 12% of the male population worked in agriculture. Through the First World War, 170,00 farmers and farm labourers were conscripted to fight, and more than 500,000 farm horses were requisitioned by the Army and sent to the front line.
This loss of horse and man power required a dramatic change from British Farming. 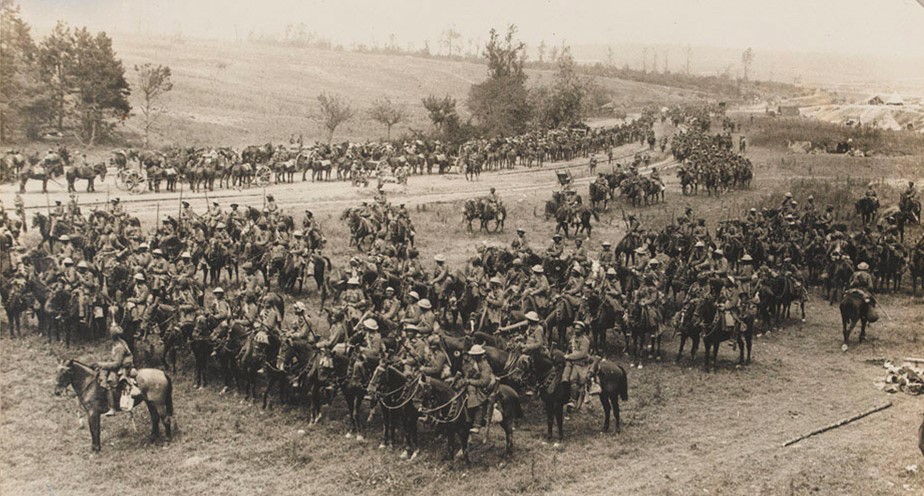 Those workers who remained had more to do. The two-horse single furrow ploughs were cast aside in favour of three horse double furrow ploughs. These new bits of kit enabled some farmers to harvest 16 acres in one day, instead of 6 acres. Despite this change, Britain was still dependant on imports from elsewhere.

Pre-war Britain was 40% self –sufficient, relying heavily on imports from Europe. On the 3rd August 1914 war was announced and things had to change. Old trade routes were cut off or became too dangerous to cross. By 1916 German submarines were sinking almost 1/4 Merchant ships that were bringing food, supplies and relief into Britain. Britain had turned West to America for help, and soon relied on them for 80% of food imports, and 100% on the East and West Indies for sugar. However, in 1916 a bad harvest due to severe Atlantic storms put an end to the trade with the West. In the autumn of 1916, Britain had a mere 6-week supply of wheat. Farming had to be revolutionised otherwise the nation would starve.

It was seen as the dawn of a new age of farming, as well as machinery. Tractors became more popular and as motor companies diversified to start building them. Harry Ferguson developed a keen interest for tractors during the War. He spent time travelling around Ireland teaching farmers how to use tractors and he was able to see and experience the problems personally. He went on to form Massey-Ferguson in 1953.

The War showed that with the right Governmental approach, necessity from farms, and access to the latest science and technology, farming and food production can achieve great leaps in productivity.

2020 has been a year of uncertainty with economic strain rarely seen since War time. Farming will see huge changes in the coming years as we move away from European Union frameworks. For the first time in almost half a century, the UK has the opportunity to create new legislation to propel and promote British farming.

So today we remember the sacrifice of those who laid their lives for our freedom and sovereignty. And show respect and awe for those who led such rapid and transformational change to our farming practices, which form the foundation of modern mechanised agriculture.

NFU, 2014. The Few That Fed The Many. https://www.nfuonline.com/nfu-online/about-us/the_few_that_fed_the_many_web/
Imperial War Museum, n.d. Voices of the First World War: Animals in War. https://www.iwm.org.uk/history/voices-of-the-first-world-war-animals-in-war